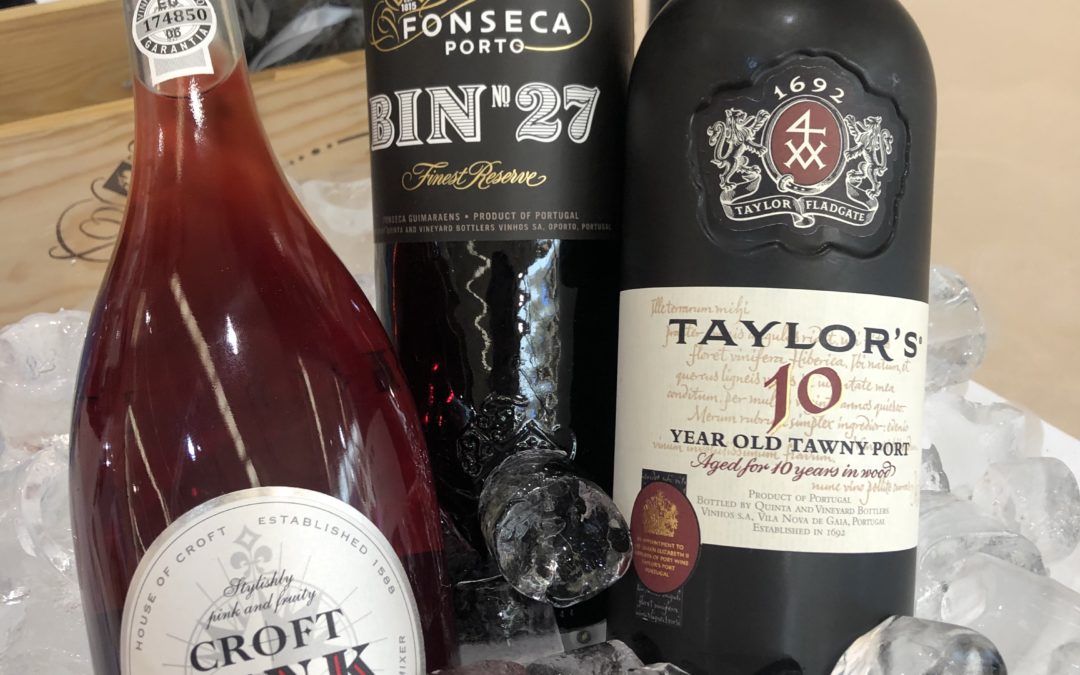 Valladolid is the wine capital in Spain, and in the Feria de Valladolid, they organise FINE the best event on enotourism. Enotourism is all about wine experiences, from wine tasting, to yoga among the vineyards to participate actively in the harvest.
Enotourism for me is probably one of the best gifts I can give to some friends, a day together in a wine cellar, learning from their history, their philosophy and tasting their wines. 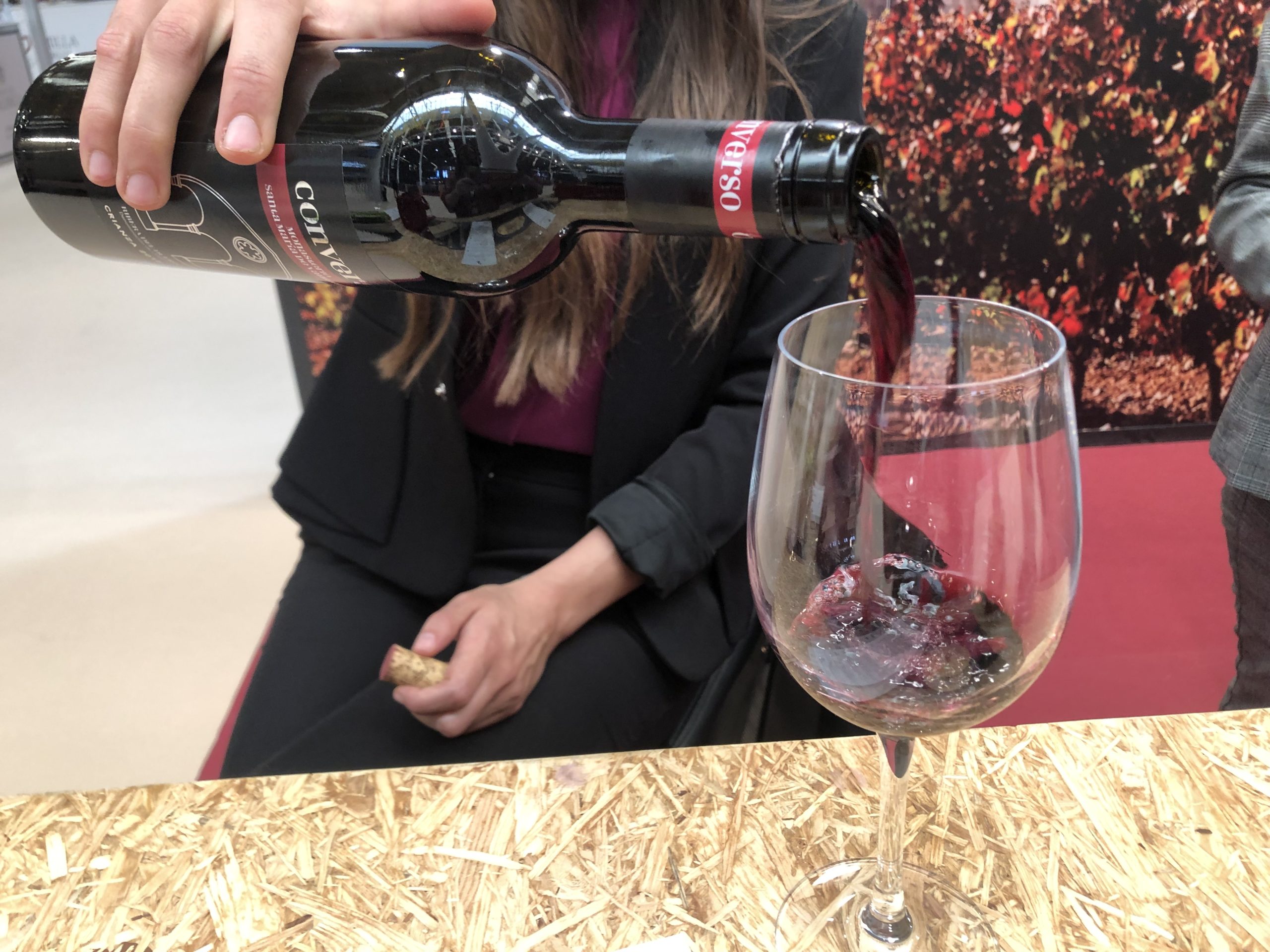 Here you can read about my favorite enotourism hotels in Spain and Portugal
See here my pics of Valladolid, such a nice city!
See here my full experience in FINE, Feria de Valladolid
I will share some of the best cellars I have met in FINE and all added in my #bucketlist:
– Parés Baltá: located in Penedés area (45 minutes from Barcelona), Parés Baltá winery belongs to the same family since 1790. The whole production is grown with the biodynamic certification (by Demeter), they have been the pioneers in Spain, in 2010 they began studies on biodynamic agriculture which later were applied to the vineyards. Biodynamic farming seeks to provide maximum vitality, self-balance and harmony to the vineyard, working with biodynamic preparations and homeopathic remedies that help them toreach high fertility and a natural pest control. 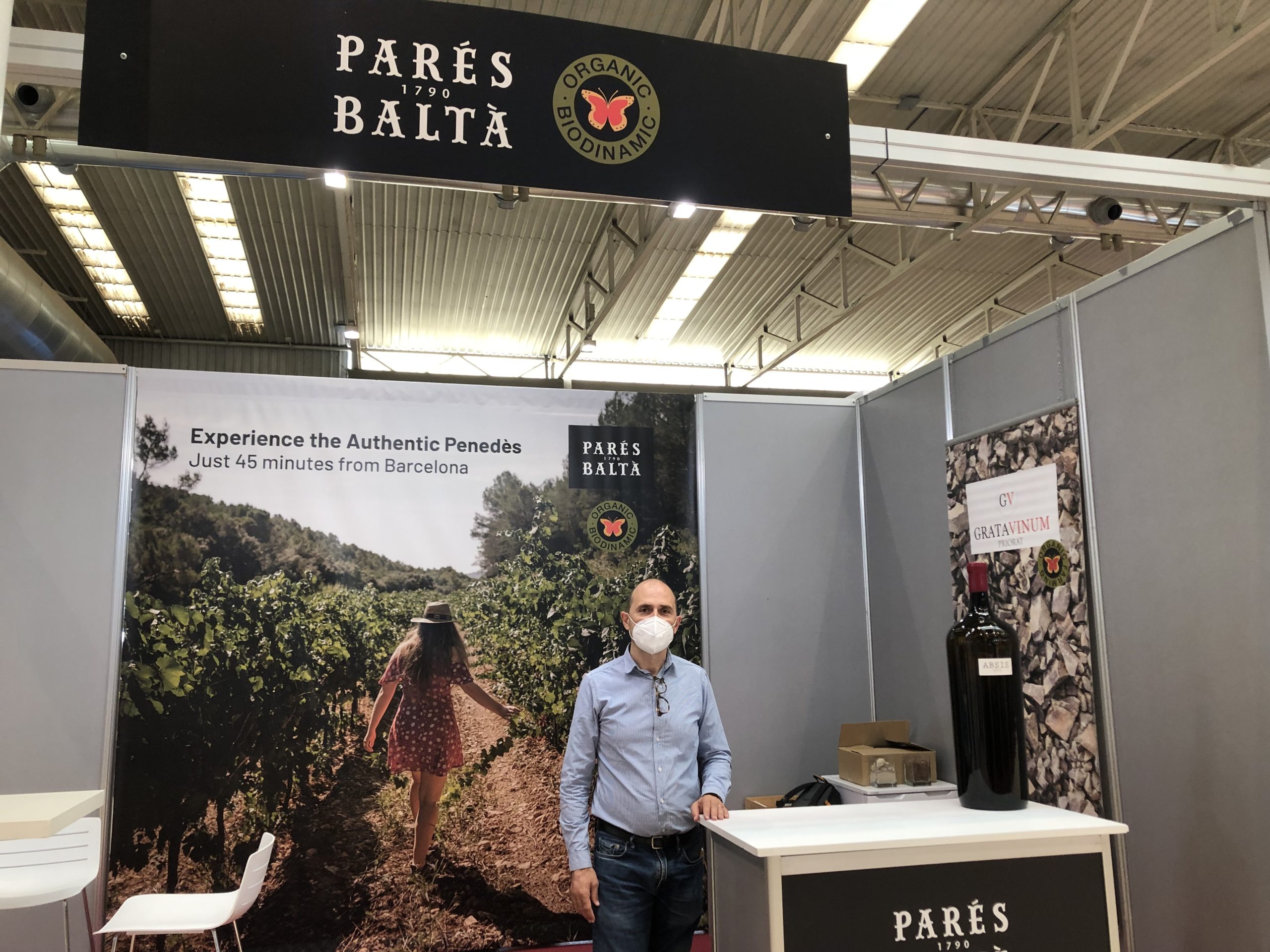 Parés Baltá has two women oenologists, so surely, the wines have a different twist. Actually the wineyards are from 200 meters to 800 meters above sea level, which makes them special being part of Penedés, which usually is a flat area.
They offer a wide range of visits: including wine tasting, wine pairing.
In their property have been found the rest of Ibers ovens, where amphores were produced and sold to the Fenitian. A very rare case that can also be visited.
Gratavinum is their wine cellar in Priorat, only 17 hectars and a production of 20.000 bottles, a project of both brothers which started in 2003 in the unique terroir of Priorat. 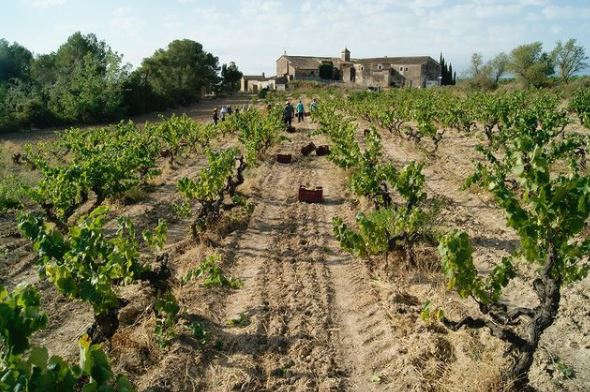 – Vins Família Ferrer: since 18 generations producing wines and cavas in Penedés, the oenological project of their historic wineries – Can Sala and La Freixeneda – seeks to create wines and cavas that reflect the importance of terroir with a delicate and careful viticulture.
They only use 2% of the more than 285 hectares of vineyards, which allows them to be very selective using only the highest quality grapes and make a distinctive wine. 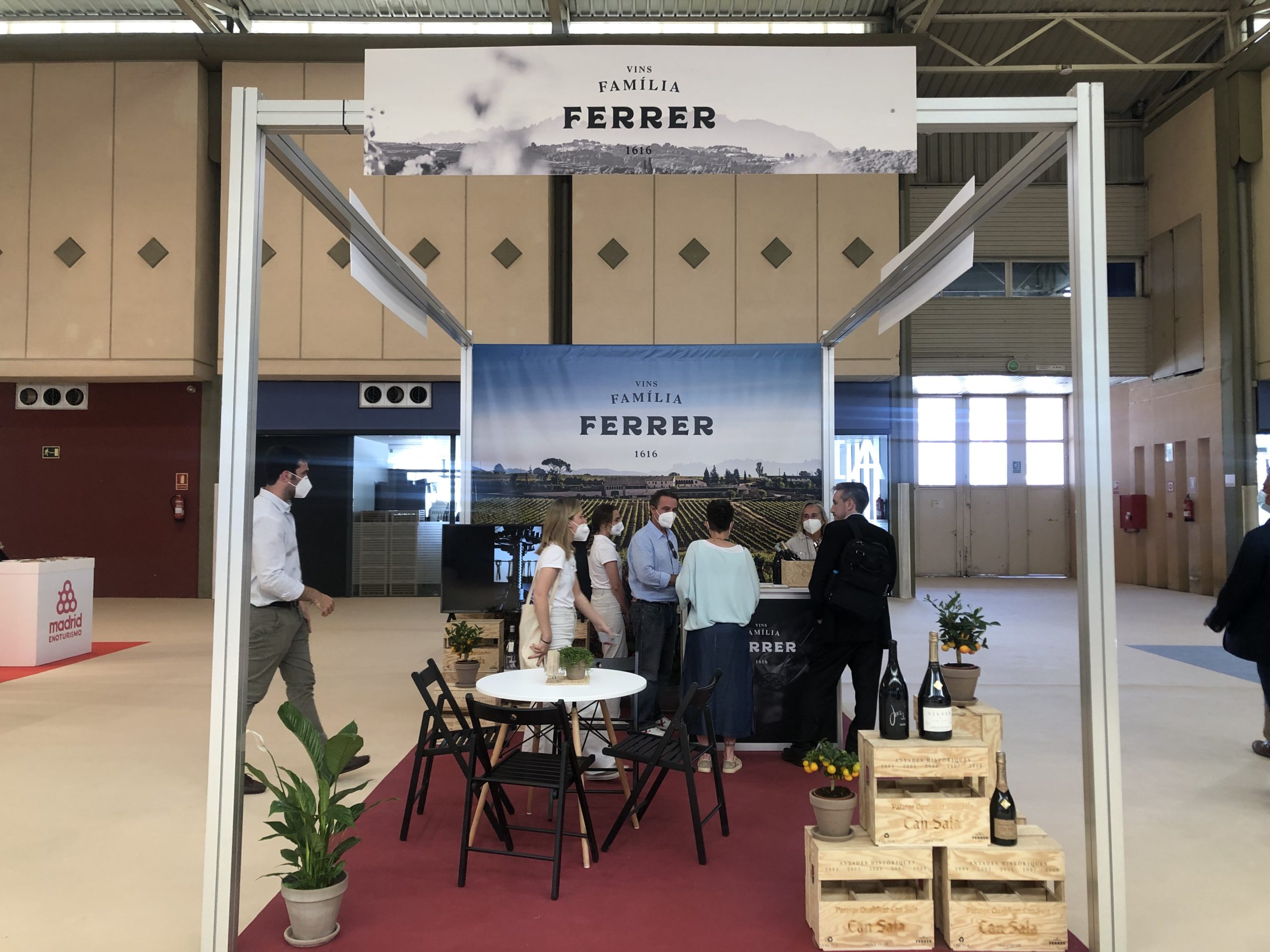 Do not miss a visit to La Freixeneda, a farmhouse from 13th century surrounded by the 285 hectares, where you can enjoy an exclusive lunch or organise an event. 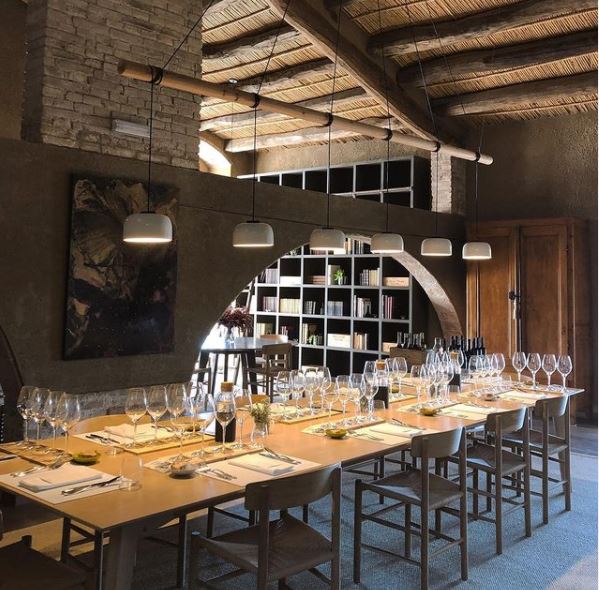 – Dehesa de los Canónigos: it is one of the great historic estates of Ribera del Duero, which despite having changed hands on several occasions, has managed to maintain its delimitations virtually intact. In 1931 Ildefonso Cid and Vicenta Sánchez, grandparents of the present owners, bought Dehesa de los Canónigos for their daughter Luz, suffering from a disease, so that she could lead a healthier life in the countryside. They started selling their grapes to Vega Sicilia and in 1989 they launched their own brand. 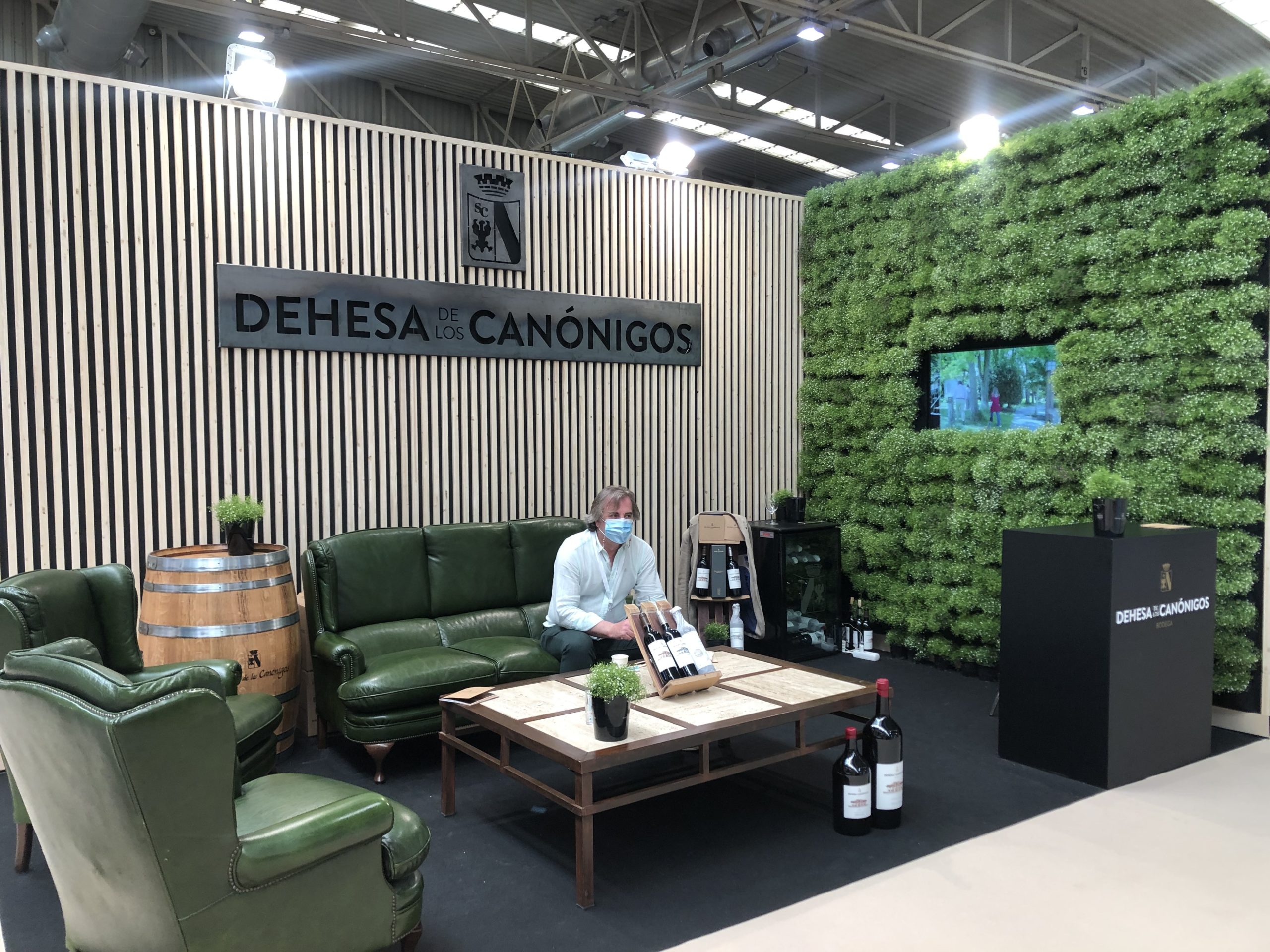 They are involved with the wine tourism through the organization of exclusive events and activities to transmit the culture of wine. Visitors will have the opportunity to meet one of the historic properties in Ribera del Duero, its origin, its architecture, its vineyards and its wines in a family atmosphere and a unique setting. 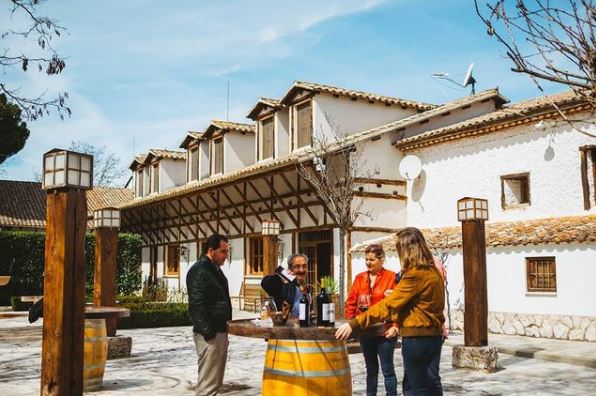 – Enate: located in Somontano, Enate is winery and museum. It is both wine library and art gallery and has defined its personality in the exquisiteness of both.
Having a continental Mediterranean climate and scarce annual rainfall, the land of Somontano is characterized by limestone and rocky soils, with the presence of gypsum in some cases, and a sandy loam texture. Also, the significant temperature difference between day and night during summer contributes to a slow, optimal ripening of the grapes. 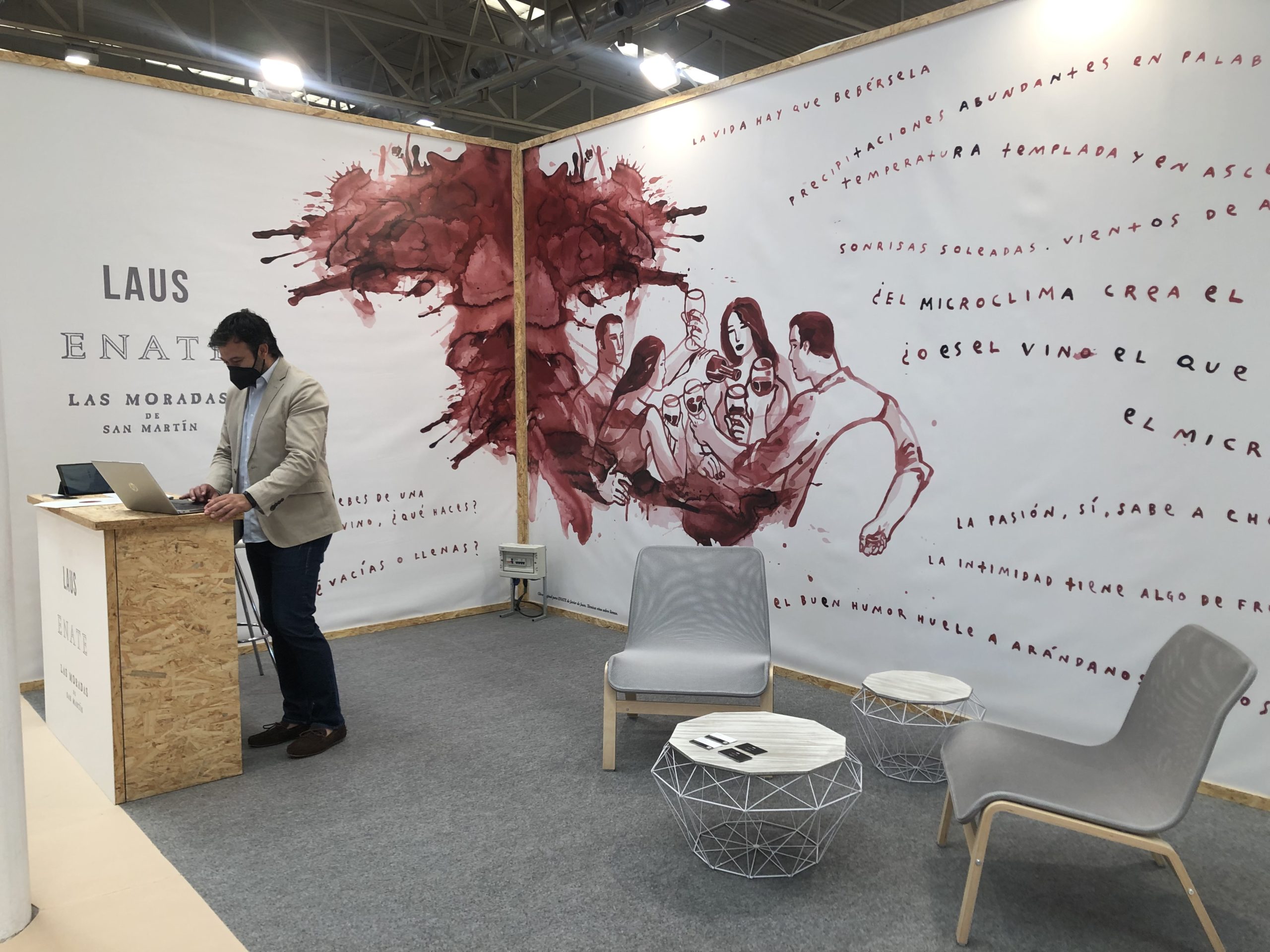 To visit Enate is to enter the world of art and wine. The winery houses more than 350 original works of art that one can discover starting in the vineyards and continuing in its interior. In 1992, they started a contemporary art collection. Since then, each one of their wines is associated with a prestiguous artist, and the label shows a work of his authorship made exclusively for the winery; from Antonio Saura to Javier de Juan, to Celia Ferrer, even Jaume Plensa and Chillida. 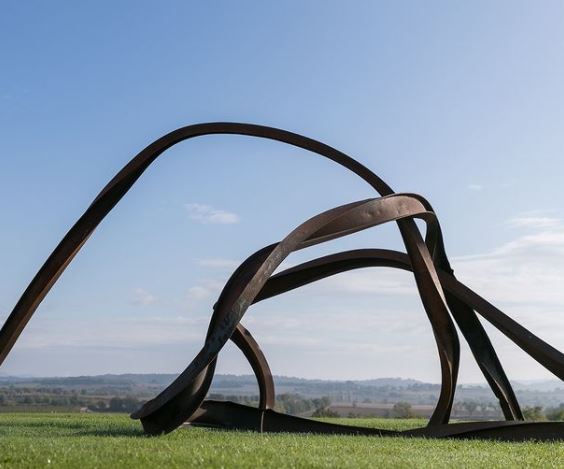 – Pago de Carraovejas: located in Peñafiel (Ribera del Duero) the facilities exceeds 26,000 m2, with beautiful outdoor plazas and an avant-garde building from where you can see incomparable views of the vineyard, the Botijas valley and the Castle of Peñafiel.
The Finca has 200 hectares of vineyards with three varieties, Tinto Fino, Cabernet Sauvignon and Merlot and three cultivation systems, Double Cordon Royat, Vertical Glass in the famous Cuesta de las Hares and Terraces for the mountain area. 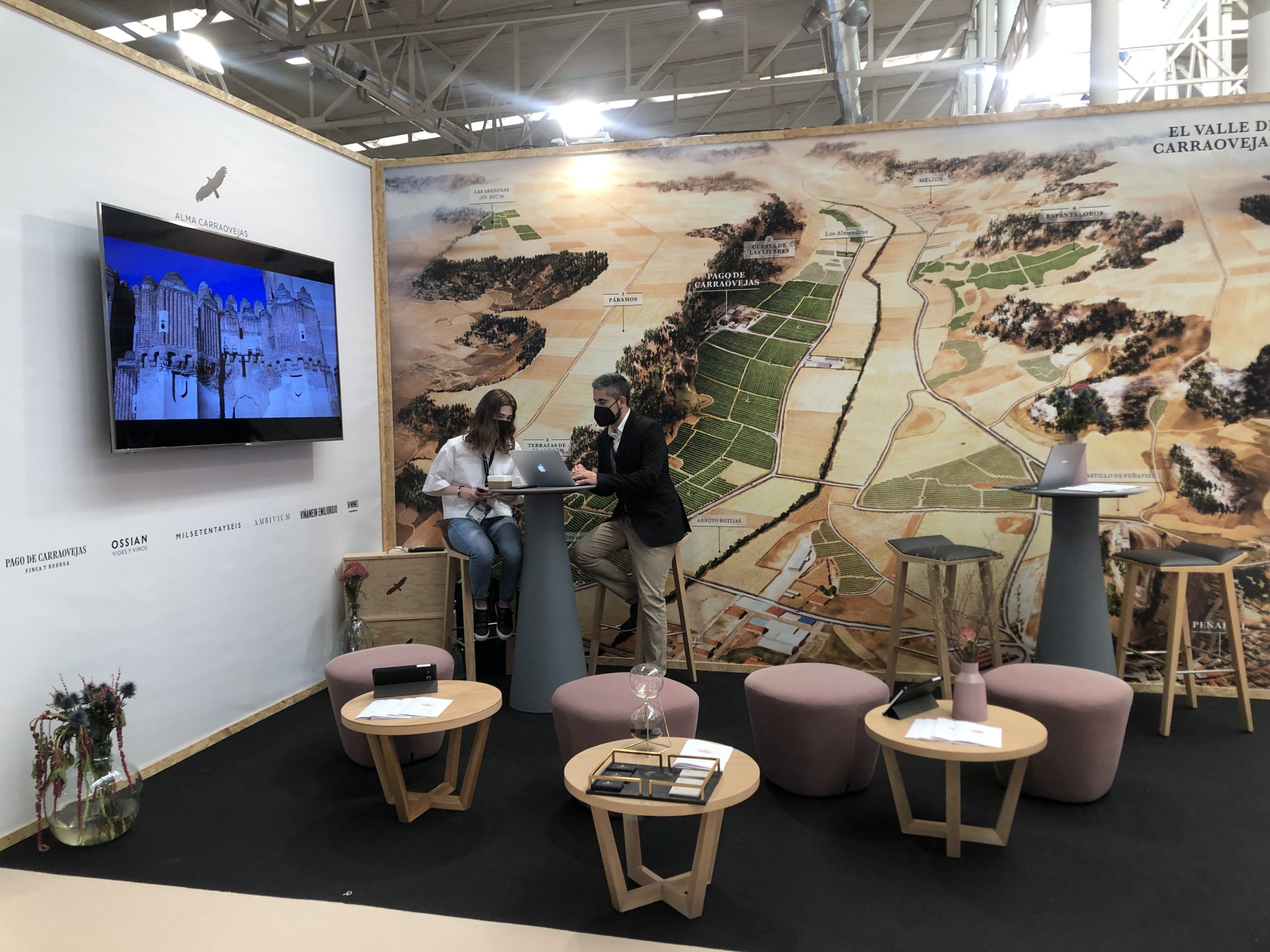 In the premises of the winery you can find the restaurant Ambivium with one star Michelin by chef Cristóbal Muñoz.
Another top enotourism destination. 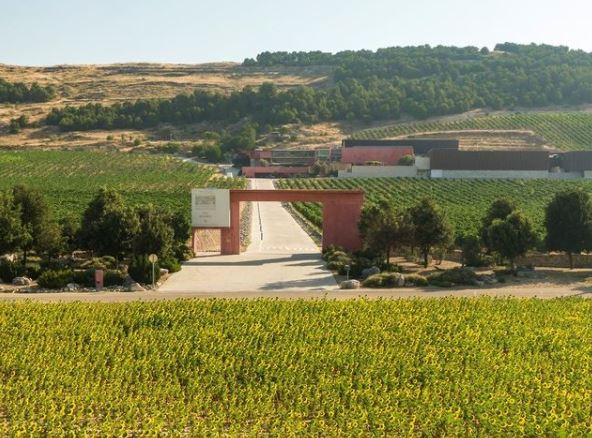 – Lugo: the province of Lugo is located in Galicia, in the northwest of Spain, and its the southern part, shares with Ourense the DOC Ribeira Sacra.
It is a denomination of «riverside» understood as opposed to «soil», because the canyons of the rivers make that on their slopes the cultivation of the vine is the only possible agricultural work. It comprises the banks of the rivers Sil and Miño, with their respective tributaries.
The cultivation of the vine has to be done in terraces, walls, the steps or gradients of this staircase that symbolizes the Ribeira Sacra-, and all on slopes with slopes of infinite slopes and this is why it’s well known as «the heroic». 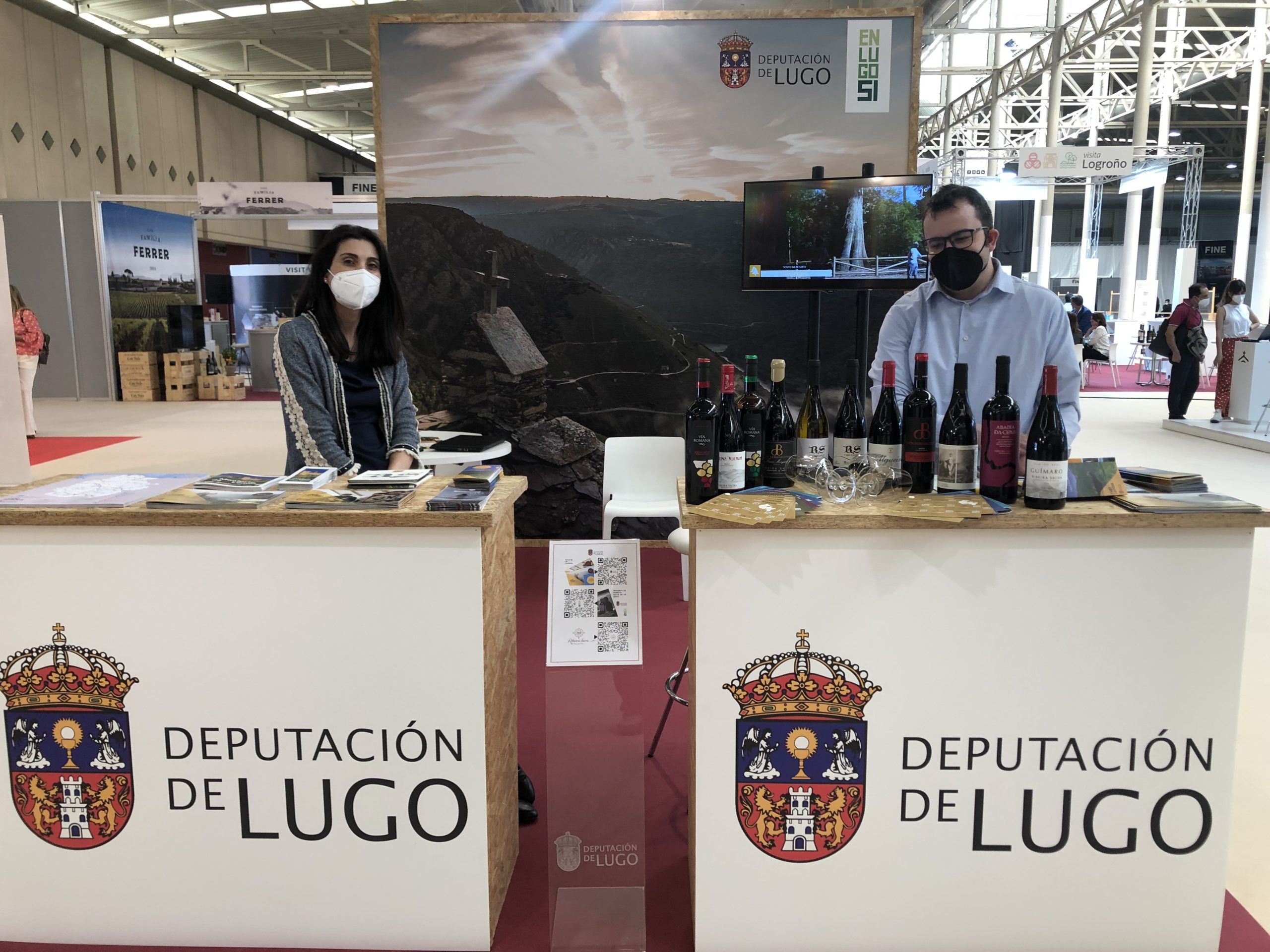 A must is to take one of the two river routes in the rivers Miño and Sil, truly an amazing experience.
Ribeira Sacra in Lugo has 13 municipalities and some of their best wine hotels are: Augas Santas and the Eurostars Pazo de Sober. 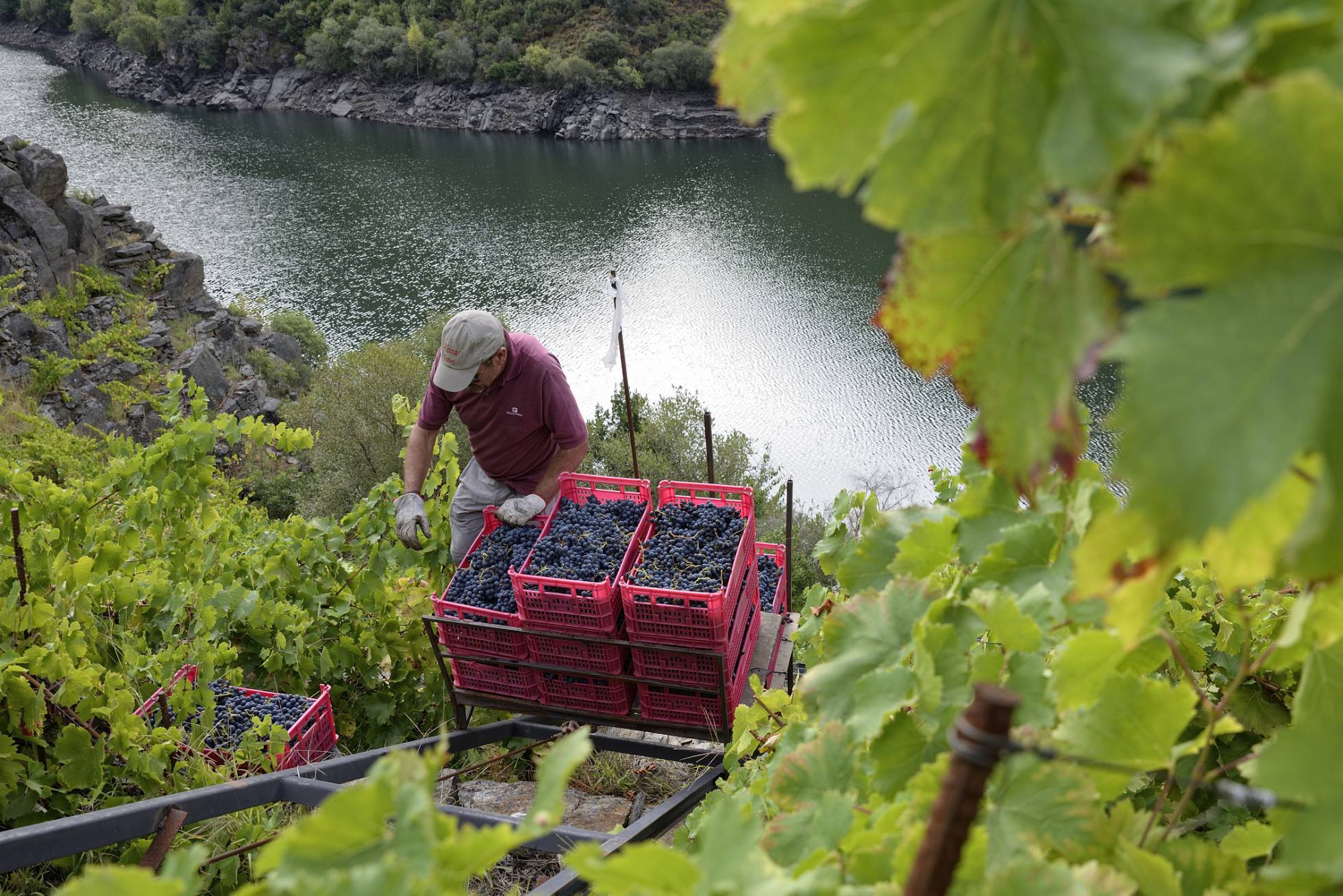 – Castilla la Mancha: is the largest wine region in the world with more than 700,000 hectares dedicated to the cultivation of vines, which represent approximately 8% of the world’s wine-growing area, around 12% of the European area and around the half of the vineyard area of Spain.
The vineyards sit on a large plain, with an altitude between 700 and 900 meters above sea level. At present there are some new plantations at a little higher altitude, which in some cases lead to delays and problems in the ripening of grapes. Rainfall is very low, 400 mm or even lower, and the climate is continental, i.e. very high temperatures in summer and very low in winter. This means that production is heavily dependent on rainfall and the absence or absence of frost. 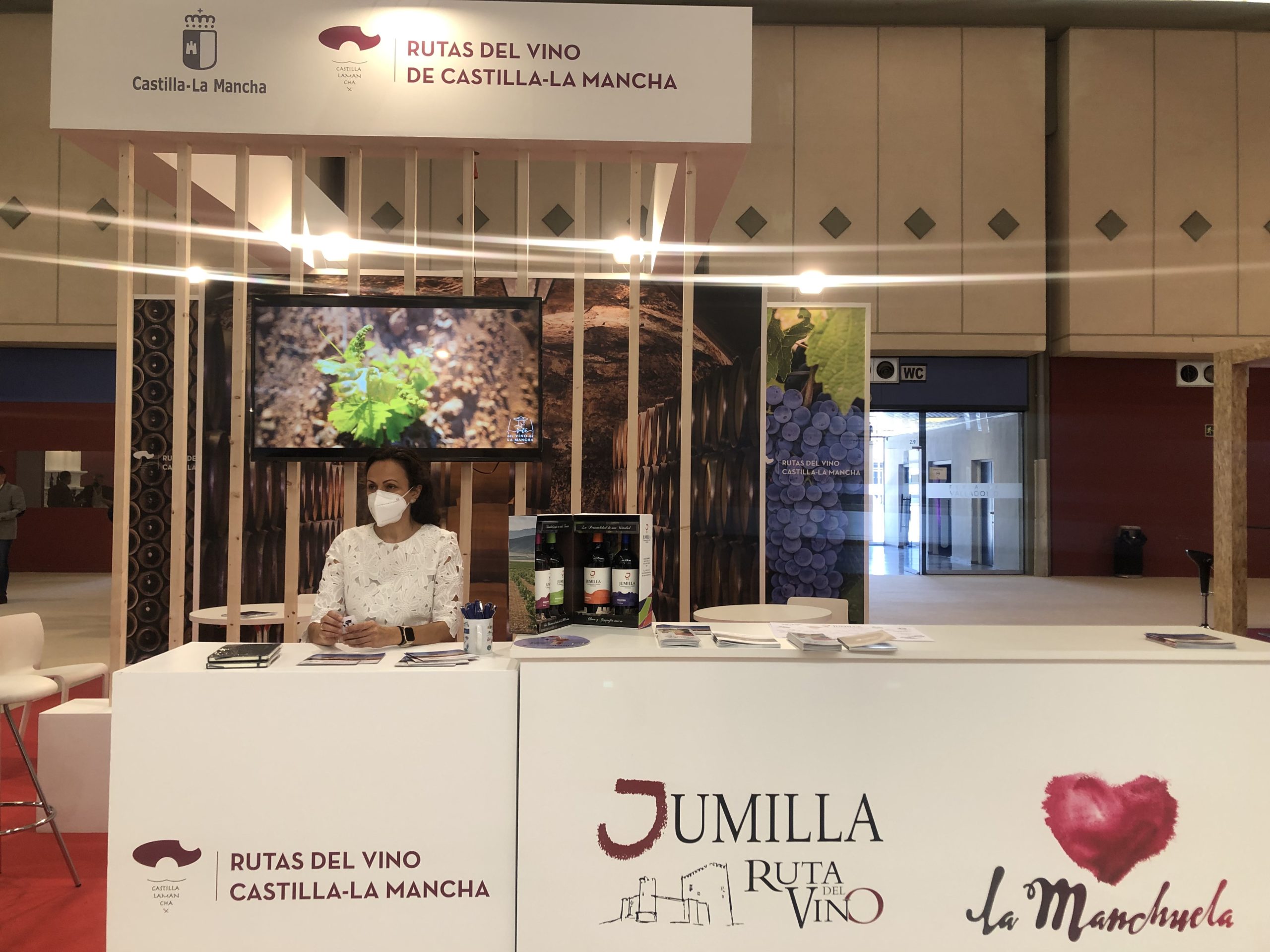 They have 4 wine routes certified by Turespaña and soon probably more. In the last years young entrepreneurs have been investing in retrieve old buildings and old cellars to reconvert them into great wine tourism destinations.
Some of the top enotourism hotels are Molino de Alcuneza, Hotel Valdepalacios and Pago del Vicario. 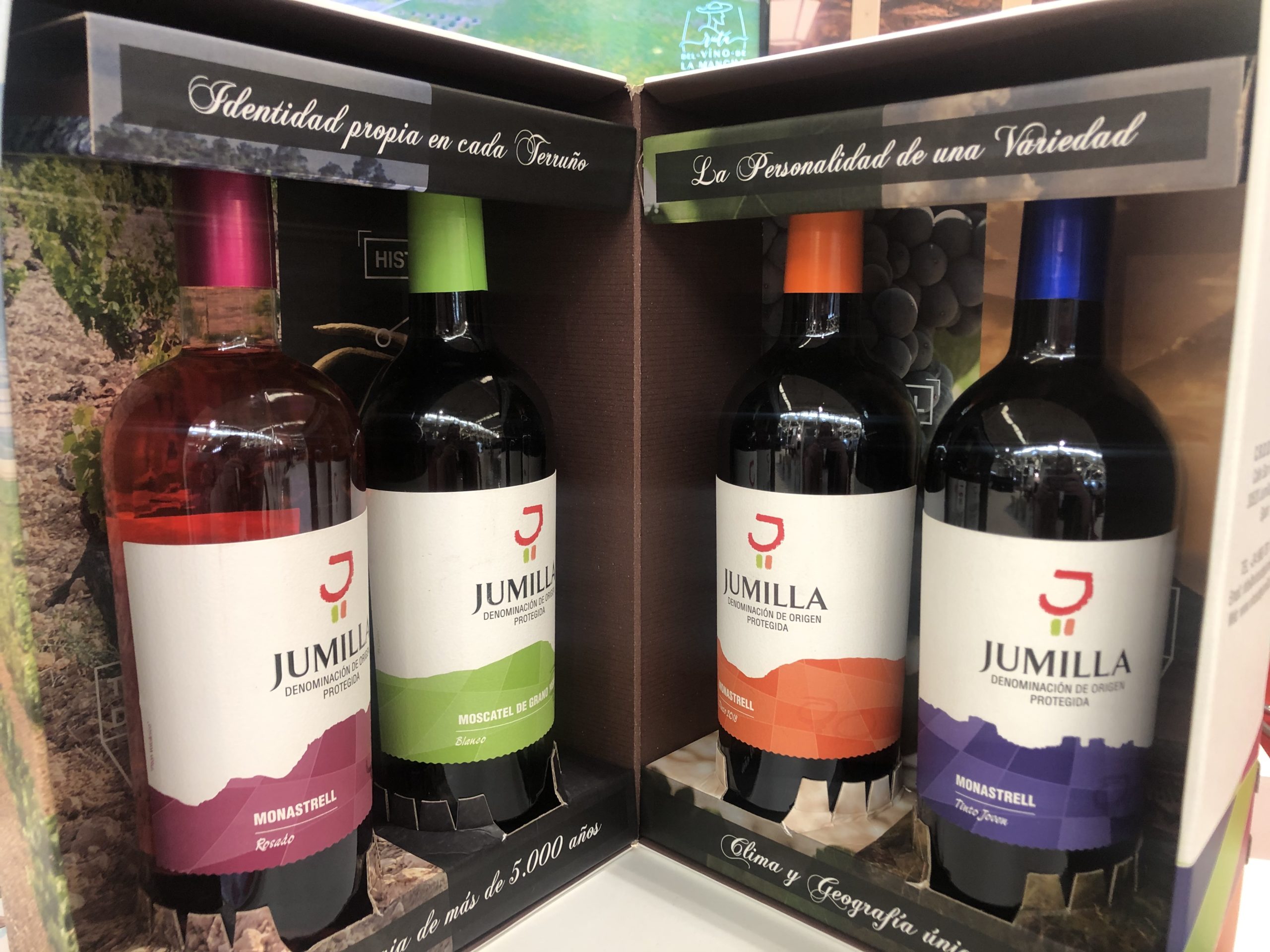 In Portugal:
– Pinhel: also known as Cidade Falcão, Pinhel’s region include lot of very interesting towns, including Vila Nova de Foz Côa, to the northeast by Figueira de Castelo Rodrigo, to the east by Almeida, to the south by Guarda and to the west by Celorico da Beira, Trancoso and Mêda. The name Pinhel comes from the great amount of pines existing in the area. Just 40kms from the Spanish border. 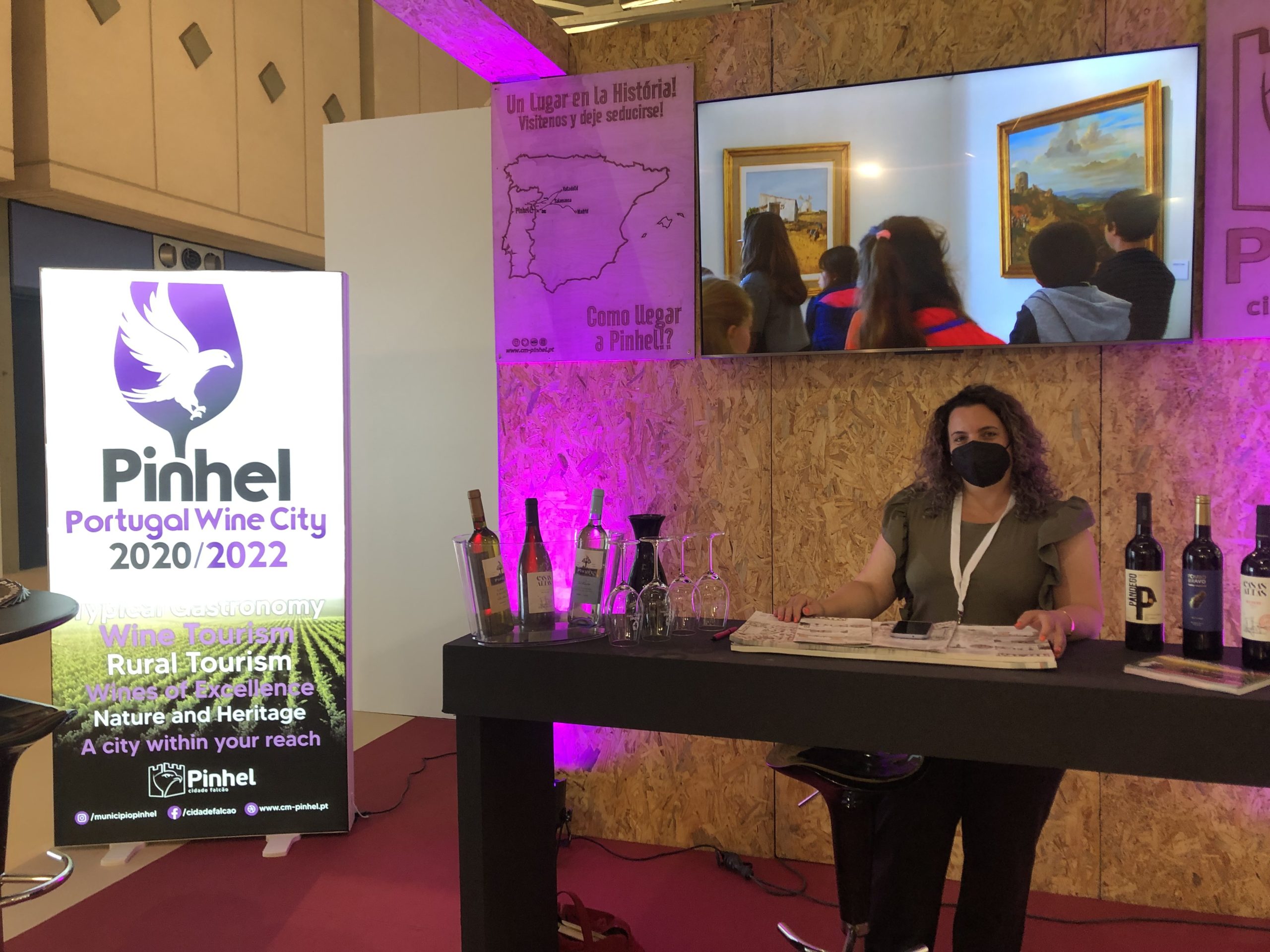 It is the Wine City 2020-2022 and even being a small municipality, enotourism is very important and they are very active. 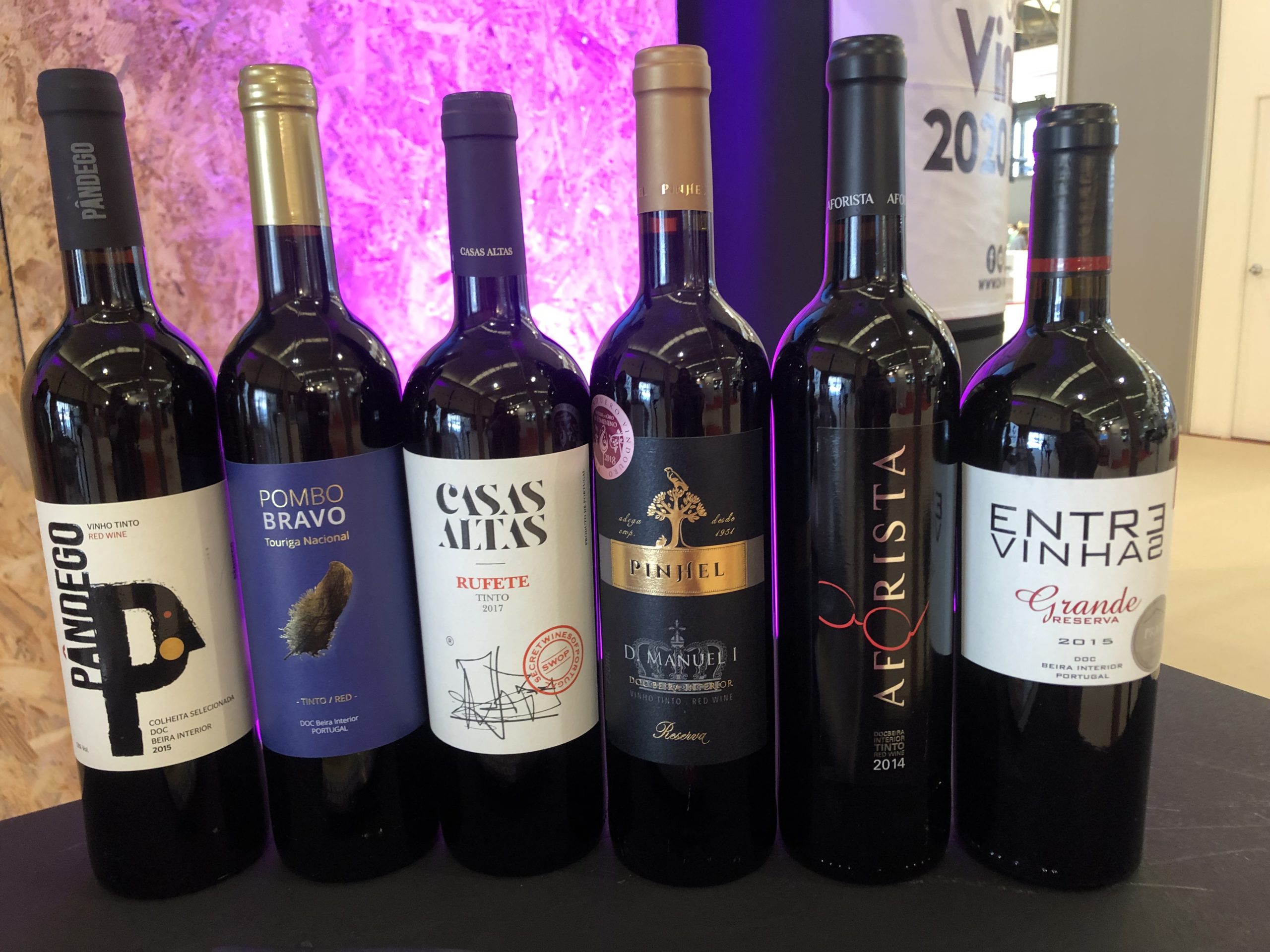 – Alijó: located one hour from Bragança, this Portuguese municipality at the Douro rivers offers a wide variety of wines and specially well known for its Favaios Moscatel. 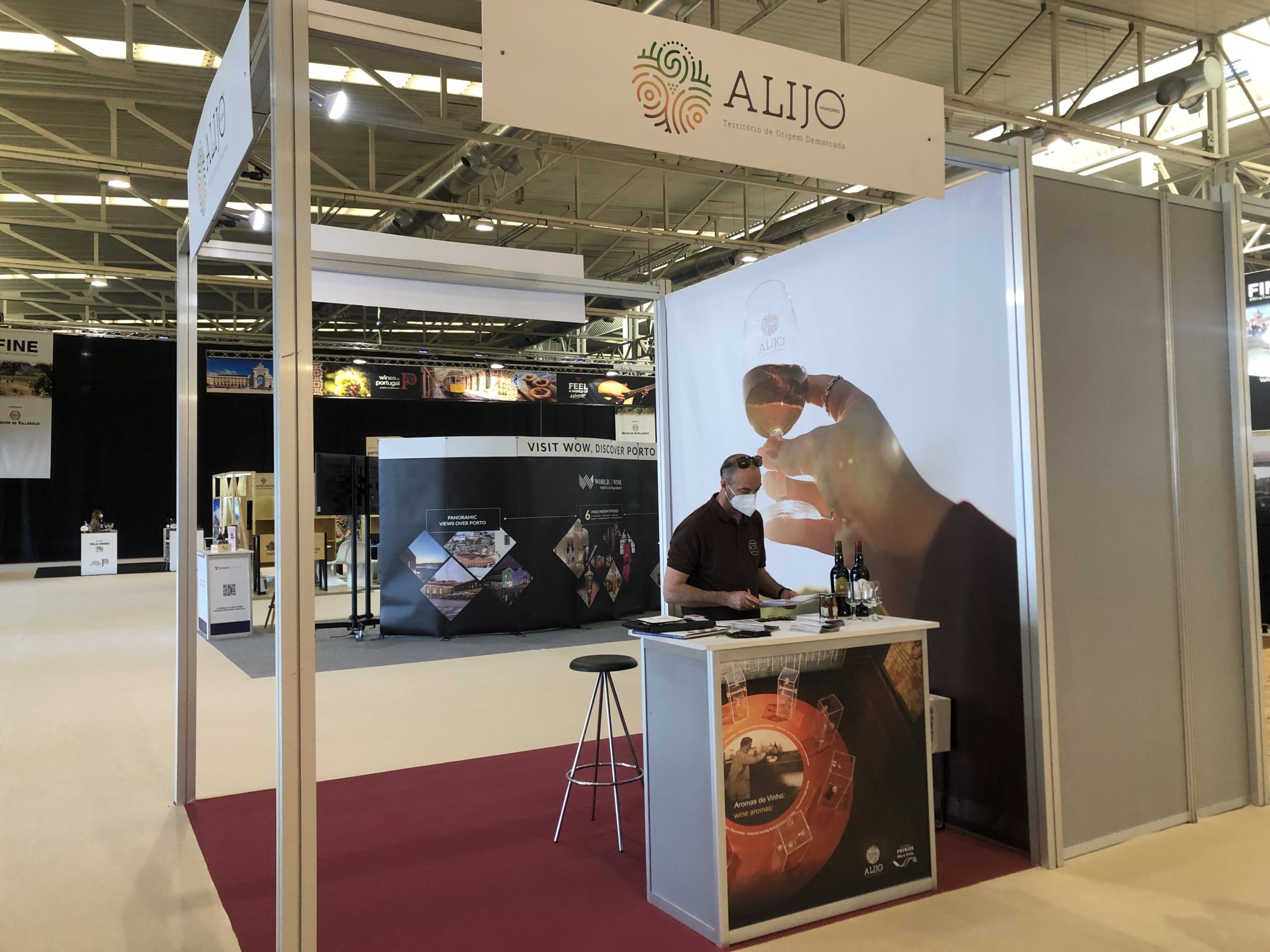 – Pesqueira: the region is reachable from Porto either driving, boat or train, this lovely Portuguese region offers 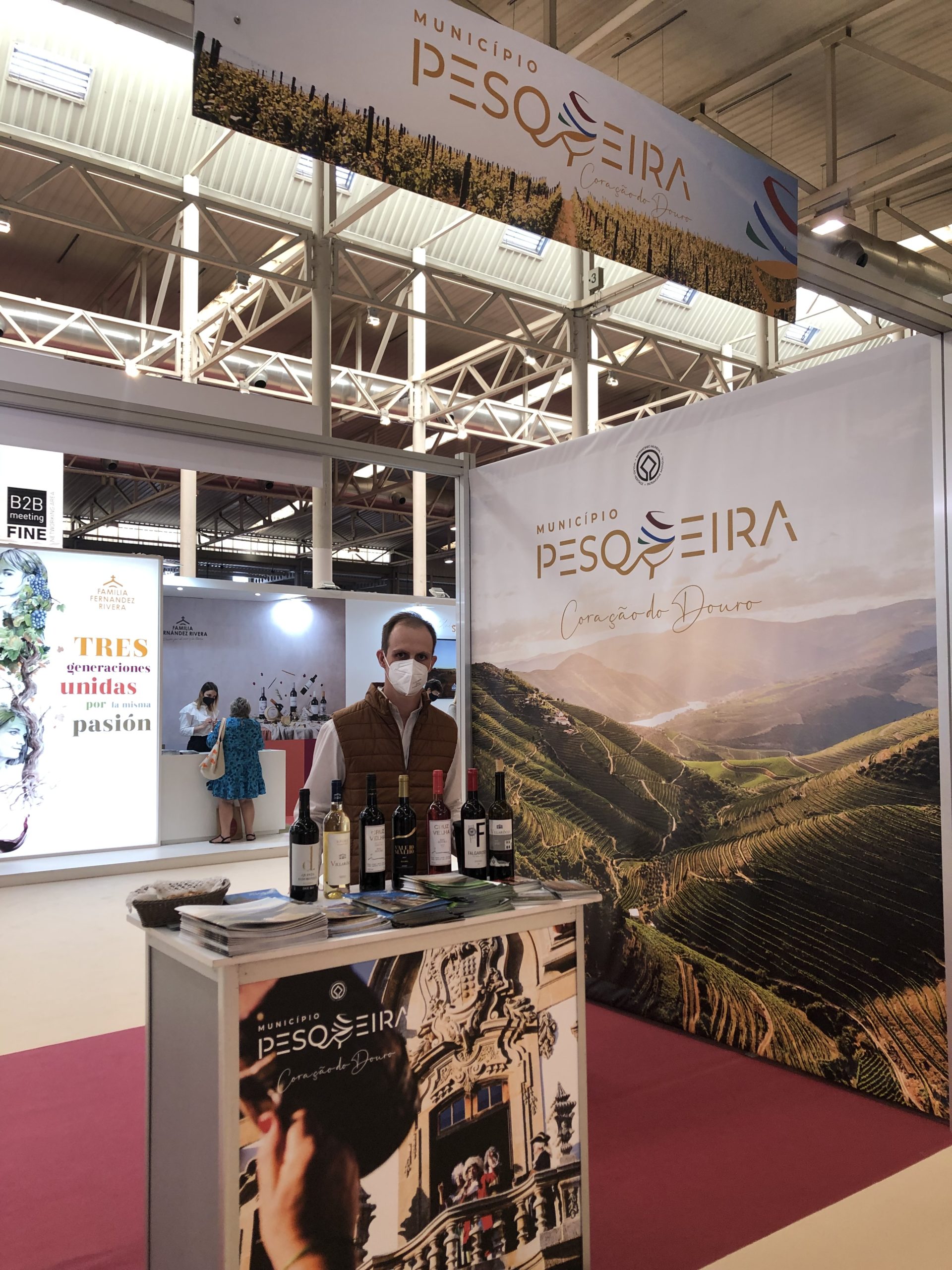 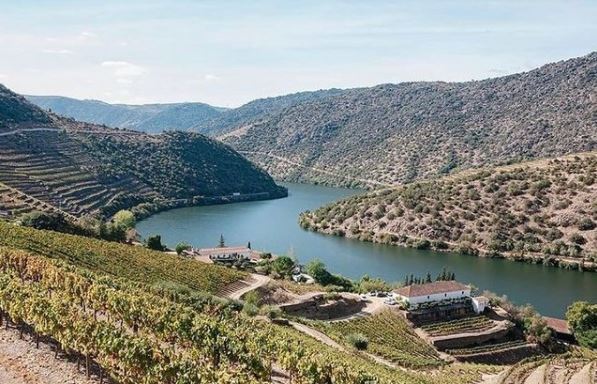